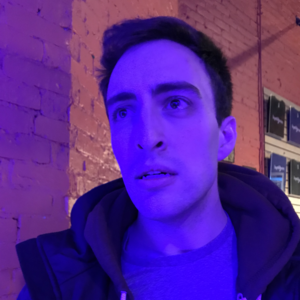 Devin has over 5 years of longform improv performing experience and over 2 years of directing experience, most recently having directed ImprovBoston Harold Night team, The Moon. Devin can direct a variety of different styles and forms, including Harold, Spokane/Pretty Flower, linear/narrative longform, Armando/ASSSCAT, monoscene, and others. He can also teach across multiple styles, including UCB-style game-based scenework and what he'll refer to as 'experiential' improvising, which is more in line with Chicago / iO style of play. His core philosophy is centered around hard yessing and agreement, based on teaching philosophies he learned from Liz Allen and Ryan Kiessling. As a director, Devin is very analytical, direct, and supportive, and comes prepared for each rehearsal with custom exercises designed to elicit 'A-ha!' moments from his cast.

Devin got his start in comedy during his undergrad years in college, performing in stand-up open mic nights at The Improv Space in LA. In 2012 he moved to Boston to start work on his PhD, and immediately also enrolled in improv classes at ImprovBoston. Since then, he's been a part of several ImprovBoston Harold teams, including Nixon, GROVE, Saint Brad, Mothership, and Babylon, as well as independent teams, including SITMO, which won the 2017 Improv Classic and holds the record for consecutive wins in the IB Cagematch, and Poseidon, Full Leather Jacket and Whistle Whistle, which were a part of ImprovBoston's Studio 40.

As of Winter 2018, Devin's availability for long-term directing opportunities is limited, but will hopefully be more open in later Spring and Summer of 2018.

"Devin is exceptional at identifying specific and actionable things for personal growth. He clearly articulated to me what my strengths were and gave me the encouragement and confidence to play to them. And he was candid at telling me what I needed to work on, behaviors to avoid, etc."

"He has excellent leadership and organizational skills. Every rehearsal was regimented, the goals were clear, but we were still having a lot of fun. I felt incredibly well cared for."

"Honestly I think Devin’s coaching style is perfect, at least for me."

"Being Direct, pushing you outside your comfort-zone, Devin was great at creating a positive supportive environment."

"Devin's able to communicate in a very positive tone and still give helpful notes. The notes he gave put shows in the context of our growth as improvisers, so that we could enjoy our best shows and not feel wrecked by our worst shows."