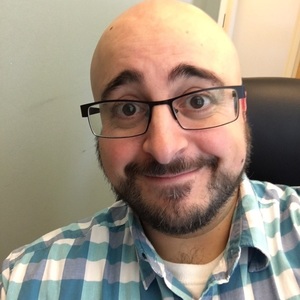 With over ten years directing and teaching improv, John Serpico is one of Boston's most experienced coaches. His credits as a director include Dear Internet (2007, single location longform), Face Off (2012-2015, competitive freeform), Quest (2014, serialized narrative longform), The ImprovBoston Holiday Spectacular (2014-2015, shortform), Food Truck (2015-2016, tiny location monoscene), Oregon Fail (2015-present, narrative longform) and The Wild (2018-present, experimental longform). He has also been an instructor at ImprovBoston since 2007 and has been teaching customized workshops for festivals and independent teams since 2010.

John's goal as a coach is to balance work on show format with working on each performer's "improv toolbox." His particular focuses are on physical improvisation, character realism and cast cohesion.